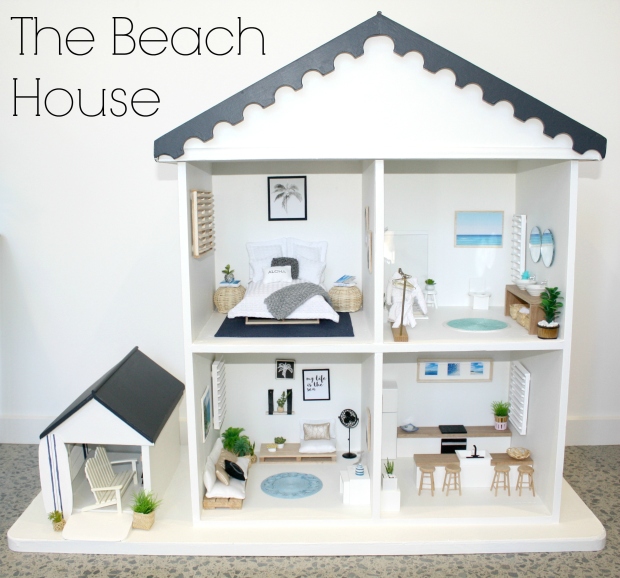 This house is being revealed backwards – mainly because I was so obsessed with completing it that I didn’t have time to do room by room posts. This is by far and away my most favourite dollhouse renovation so far. I think mainly because it reminds me of my own house with the light, bright colours, the timber and the hint of aqua. So let’s get stuck into it!

First up, I wanted to show a before and after shot of this house.

I think you’d agree there’s a pretty dramatic change (well I hope so anyway)!  This beauty sat in my garage for over a year. It’s huge and heavy – over a metre wide and is solid timber, handcrafted by a lovely grandpa. I bought it off eBay but honestly, the amount of refurb it needed was really intimidating – which is why it sat idle for so long. It was in excellent condition, just needed lots of sanding, priming and painting. Let’s talk about that for a sec.

First up, I got stuck into this beauty with an electric sander – borrowed from my 75 year-old MIL who does her own renos, including plastering (unfortunately my husband did NOT inherit this handy gene). My first time using one and man they’re loud but super effective.

So after electric sanding, I used regular sand paper and a sanding block to finely do the rest. Then came a really tricky part. See in each room it has that icky greyish lino on the floor? Well that was glued down. Like seriously glued down. After I ripped up the lino, it took me about 5 hours of hard labour removing all that glue before I could sand the floors. I’m not exaggerating one bit on the time either – it was seriously 5 hours. 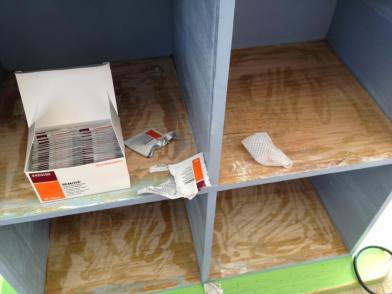 I tried a paint scraper but that was an epic fail. So then I used these adhesive removing wipes. These are leftovers from the 5 years my son had to patch his eye (that’s a whole other story but if you’re interested, head here). These things are rotten expensive but they weren’t going anywhere so I figured I might as well use them up. About a hundred or so later (okay, probably about 20), most of the adhesive was off. Then I took to it with a flat head screwdriver and the paint scraper – and then my fingers and fingernails. Eventually it was all gone. Then my brother-in-law came to visit and advised that metho would have gotten it off in about 3 minutes. I hate you.

So fast forward past a seething tantrum with swearing and foot stamping, and the painting was underway. 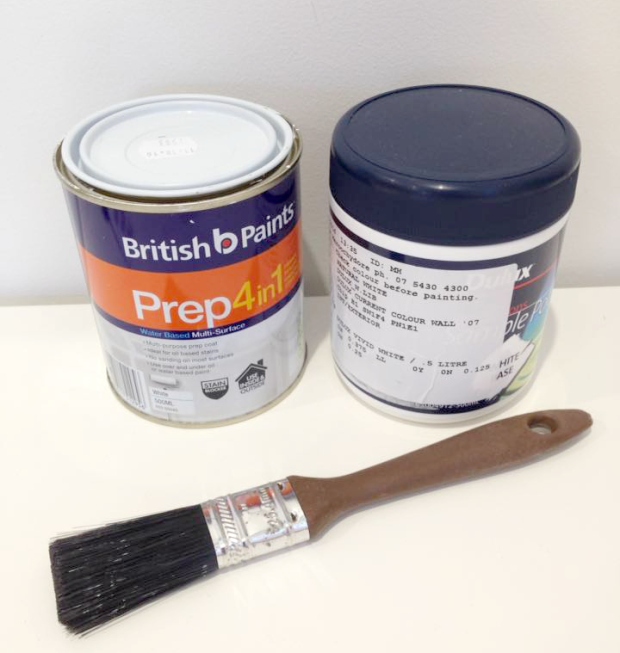 These are my weapons of choice. That Prep stuff is also ridiculously expensive but I think it’s worth it. And so, 3 coats of primer and 2 coats of paint later and voila! Couldn’t have been happier with the outcome. I wish I was allowed near a power saw of some description so I could cut that scalloping off the roof but I didn’t want to push my luck.

Then came the fun part – DECORATING!!!! I found this house a lot easier than others to decorate because I had a very particular style in mind. This was mainly driven by the pallet couch and bed that I bought from MiniHomeCo. There’s certainly a lot of her influence in this house but I like to think there are many of my own touches as well.

The finished result (this is my attempt at ‘styling’ my photo – clearly there’s some work to be done with this skill):

I’ll go through each room as soon as I can but for now I hope you enjoyed these pics.